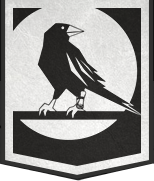 The most recent cryptographic software includes:

– TextSecure – an encrypted mobile instant messaging app for Android phones that provides ‘forward secrecy’ of communications with others using the same app. It can send and receive both encrypted and unencrypted text (SMS) and media (MMS) messages, and attachments files. Messaging is compatible with Signal, the IOS version of TextSecure [TSR01].

– Signal – an encrypted mobile instant messaging and voice calls app for IOS phones that provides ‘forward secrecy’ of communications with others using the same app [SIL01]. Messaging is compatible with TextSecure, the Android version.

– Silent Phone – encrypted voice and video calls on mobile devices for iOS and Android. The app can be used with Wi-Fi, EDGE, 3G or 4G cellular anywhere in the world.

– Blackphone – is an Android adapted phone using PrivatOS that focuses on enhancing privacy and security. It has a subscription-based service that enables users to make both encrypted and unencrypted voice calls. It also includes encrypted chat, browsing, file sharing, texting and conference calls.

Privacy and security of business and personal digital communication has received increased interest since the Snowden revelations of June 2013. In addition, the vulnerabilities associated with Public Key Encryption have been a catalyst for developers to provide more secure encryption to users.