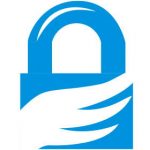 Pretty Good Privacy (PGP) and GNU Privacy Guard (GPG) are both public key encryption cryptographic software used to authenticate the identity of people sending messages and to encrypt and decrypt email messages and documents. The key difference between the two is that PGP is paid-license software owned by Symantec. Whereas GPG uses a GNU General Public License, meaning that the code can be modified, used and distributed free of charge. PGP and GPG are both OpenPGP compliant [OPP01] implementing the Internet Engineering Task Force (IETF) approved standard for encryption technologies [IET01] thus ensuring that they are interoperable with each other so that a message sent by one can be read by the other.

Another implementation for email encryption includes S/MIME (Secure/Multipurpose Internet Mail Extensions). It is an alternative to PGP/GPG used mostly by businesses that use large corporate computing infrastructures such as IBM, Microsoft and other vendors that offer commercial email packages and web browser software. It differs from PGP/GPG in that it does not exchange personal keys but relies upon the use of a common certifier that they both use [DFB01].

The aim of all of these is to enhance privacy by enabling people to sign, encrypt and decrypt electronic data, protecting the content of emails to ensure that third parties cannot read email communications.

Cryptography in its early days were managed and researched within government’s departments of defence in order to protect state secrets and to ensure secure communication across international borders. A non-secret technology known as public key encryption appeared in the 1970s using RSA [CAC01] and resulted in the emergence of the CryptoWars, an attempt by the U.S. government to limit the public and foreign countries from accessing cryptography strong enough to resist decryption by U.S. national intelligence agencies [OPN01].

The Snowden revelations have shown that the CryptoWars are not over [OPN01] in particular with the BULLRUN programme, which seeks to break encryption tools [EFF01].